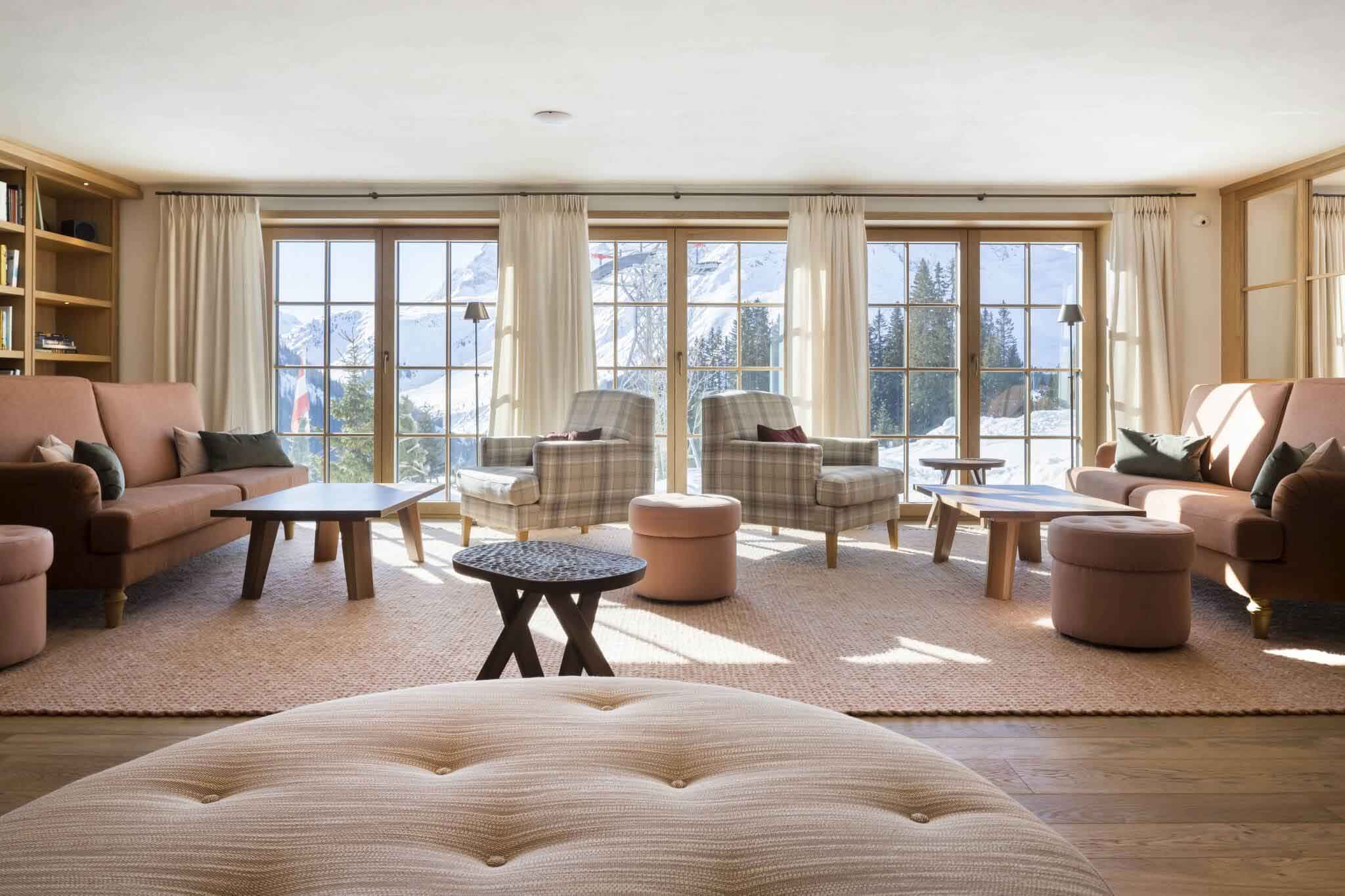 The Protagonist is you

Austria. A hotel in the very heart of the mountains. In a landscape that is quite simply breathtaking.
Where family and literature feel at home – (nearly) all year round:
in summer, in winter, in golden autumn as well as snow-white spring.
A place to arrive, take a deep breath, and settle in.
Let us call this place “Hotel Sonnenburg“.

Sounds promising? We invite you to become the Sonnenburg saga’s main character during your holidays!

We have completely remodelled all of our 5-star Stammhaus’ 43 guest rooms in a way that makes us feel at ease ourselves. That is, comfortable, generous, modern. Since then, our decision has been rewarded with a 5th star. Come and experience our hotel’s alpine elegance: sleep in luxurious beds and rest your head on a pillow of your choice. Surround yourself with precious fabrics and materials every day. Welcome to our 5 star family hotel Sonnenburg! 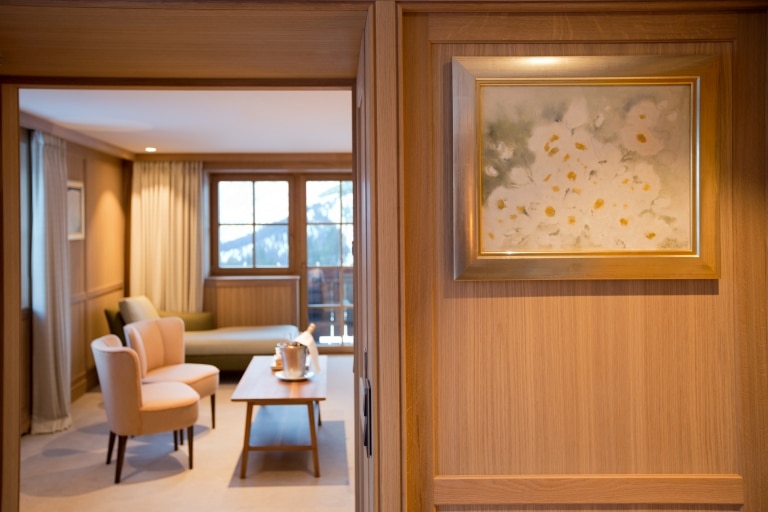 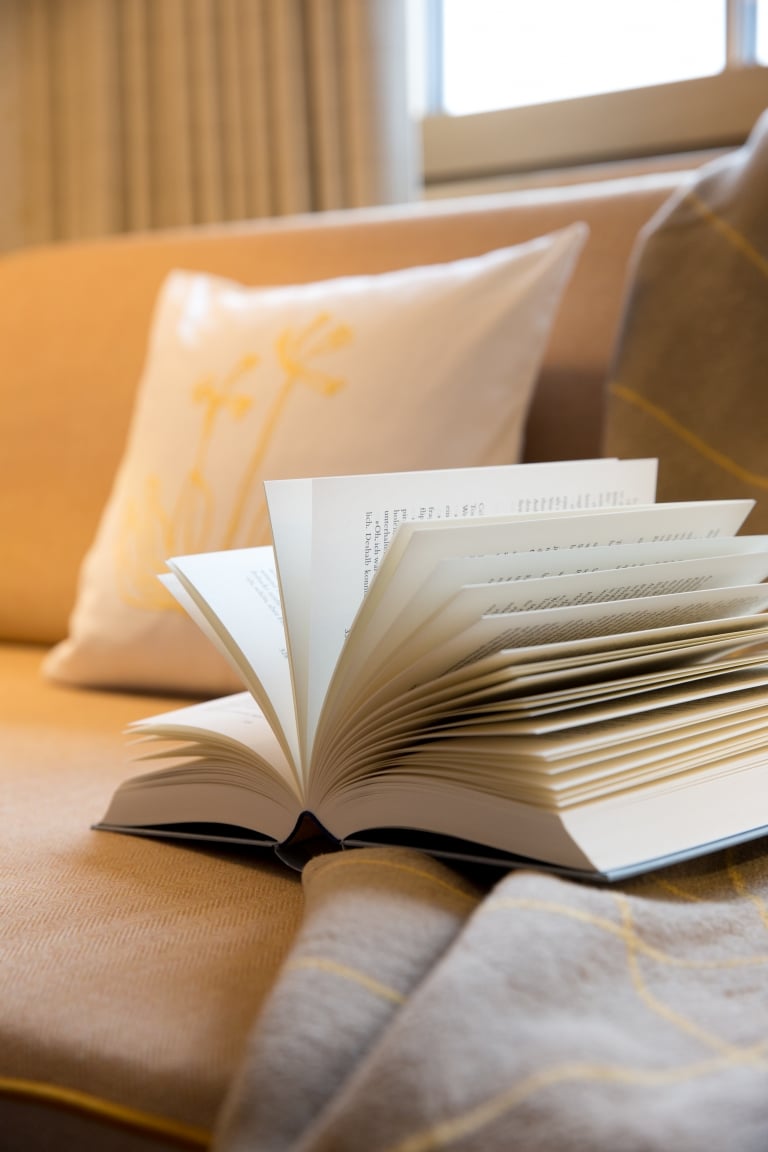 Alpine charm and family holidays unite at Hotel Sonnenburg’s 4-star S Landhaus in Oberlech. Why? Traditional Austrian ambience, shapely wooden furniture, and floral patterns in fresh natural colours invite you to stay. From our Landhaus you reach the main building through an underground walkway in just a few moments. Here our panorama swimming pool and spa area, the library as well as our restaurants are at your disposal. Enjoy the peace and quiet of our tasteful Landhaus – away from the holiday hustle and bustle. In our cosy breakfast room, we will treat you to culinary delights while you enjoy the sophisticated 4 star Superior country house charm. Besides, our Landhaus is situated in close proximity to our state-of-the-art conference centre. Come see for yourself…
Discover more 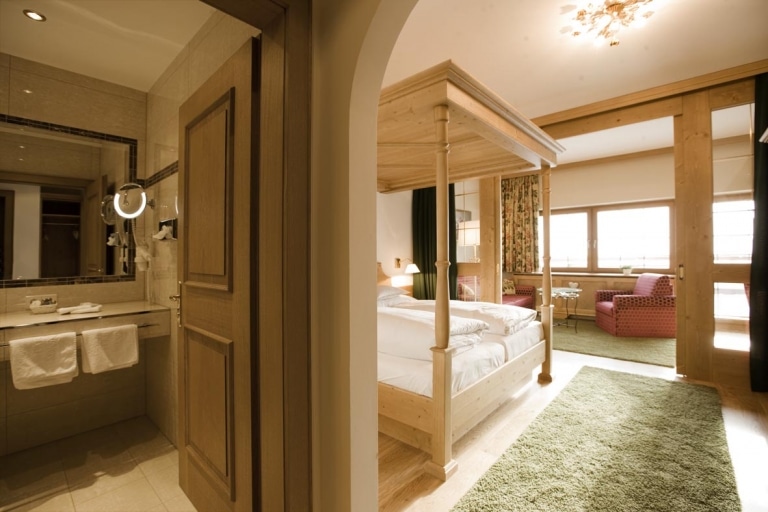 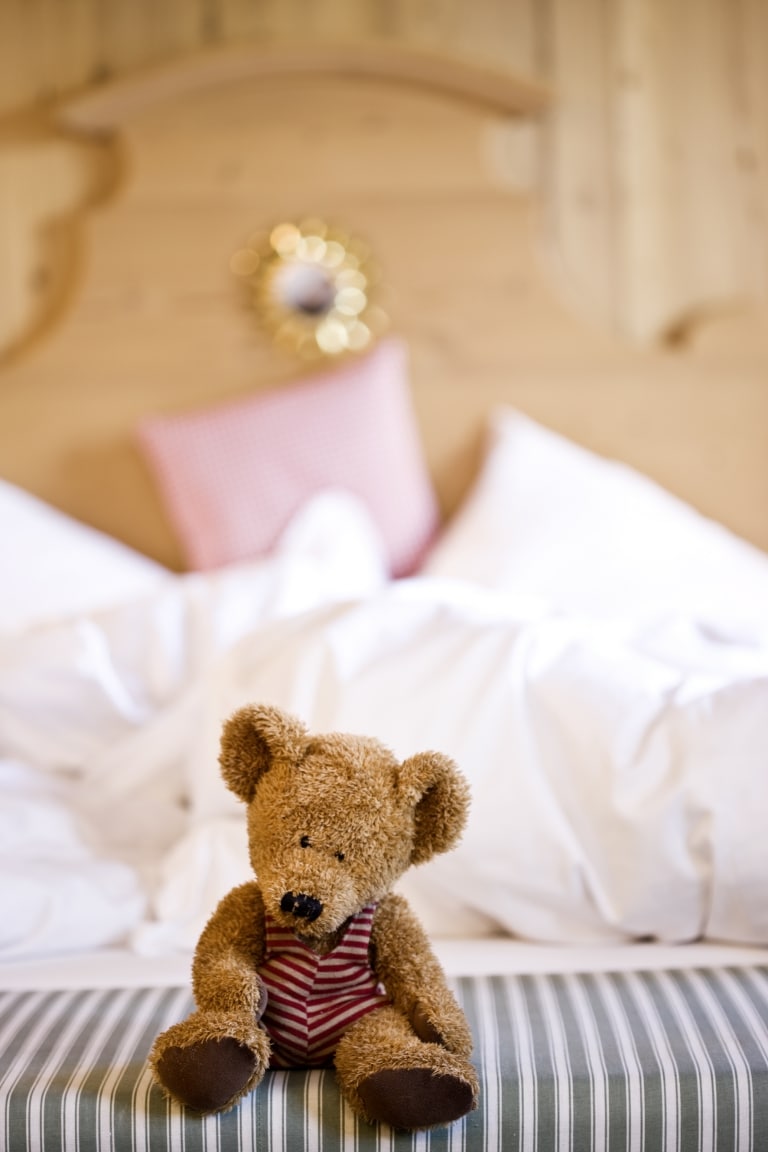 We are now in the mountains and they are in us,
kindling enthusiasm, making every nerve quiver,
filling every pore and cell of us.

A colourful universe full of winter activities for the whole family. That is what awaits you in and around our 5-star family hotel Sonnenburg. We are located in the centre of Ski Arlberg skiing area. Skiers and snowboarders particularly value our ski-in ski-out: the Sonnenburg hotel in Oberlech is located directly on the ski slope, between children’s slope and the ski school. In addition, we provide an in-house ski rental service. However, there is much more to Lech am Arlberg than just skiing: winter sports enthusiasts can go tobogganing, winter hiking or take a ride on a horse-drawn sleigh. Winter holidays in the mountains around Hotel Sonnenburg in Oberlech are a treat for both children and adults. 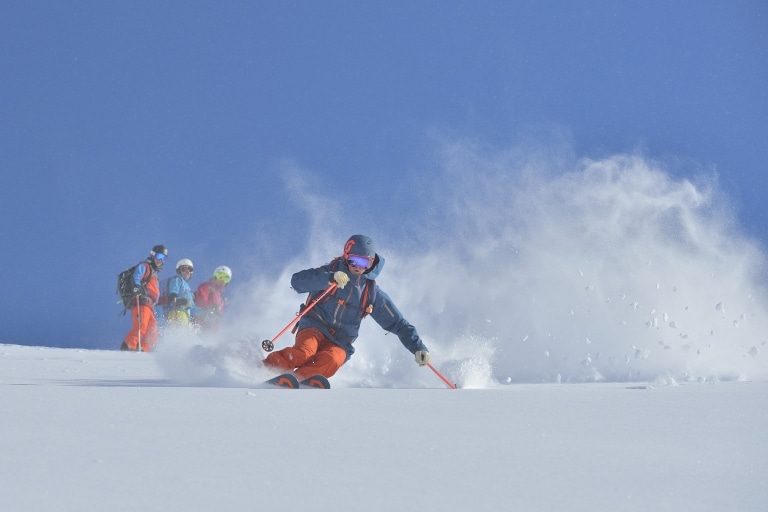 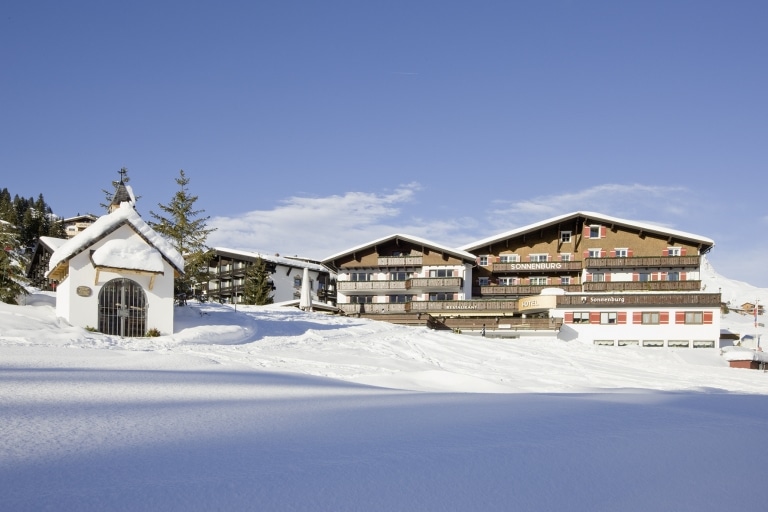 Summer Holidays in the Mountains

A summer holiday at our family hotel will put a sparkle in your eyes. Hiking in the Arlberg region provides active families and mountaineers with spectacular views. You might also want to explore the Lech mountains by e-bike or by horseback hiking. Of course, guests of all ages can have a try at activities such as family canyoning or children’s mountain climbing. Besides, the Sonnenburg hotel Lech is also a great place to spend family holidays as an extended or large family. When grandchildren, parents, and grandparents unite for a family vacation, they create unforgettable experiences and stories. Oberlech in summer is a unique experience. Discover it for yourself! 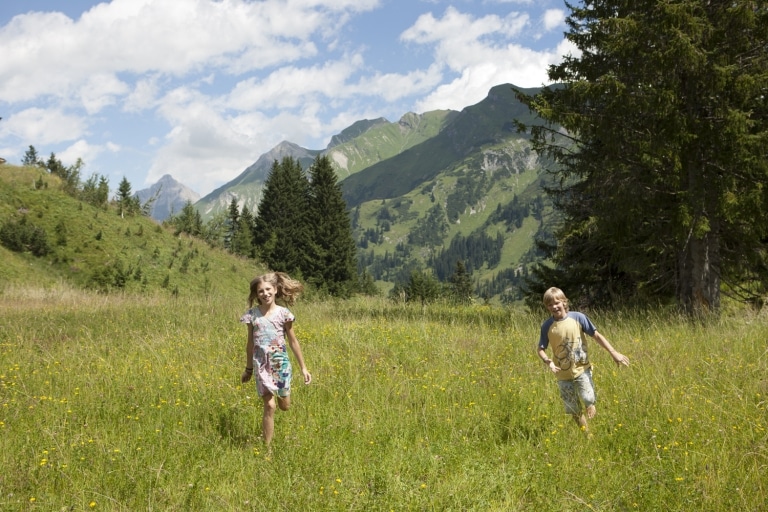 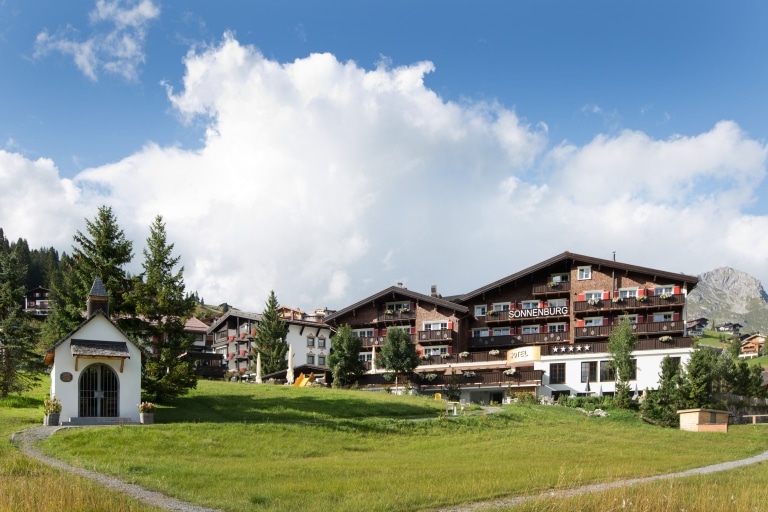 In our restaurants we focus on Austrian cuisine.  After all, every great family holiday includes first-class food – for every single guest of the Sonnenburg hotel. No matter whether you are vegan, eat gluten-free or suffer from food incompatibilities. We are happy to discuss this topic with you individually.

At Hotel Sonnenburg in Oberlech you start the day with a fabulous breakfast buffet at our hotel restaurant. In the evening, we pamper you with a delicious 5-course menu.

Or you can spend the evening together at our à la carte restaurant “Schüna” in a rustic and stylish setting: the original wooden log cabin offers a breathtaking view of the mountains. As a family, group or company event you can spend a unique evening with up to 35 people.

In addition, you can take advantage of the mountain sun at one of the most beautiful places in Oberlech: our sun terrace. At lunchtime we serve typical alpine dishes, while in the afternoon you can taste homemade pastries and enjoy the breathtaking view over the majestic peaks of the Arlberg mountains. 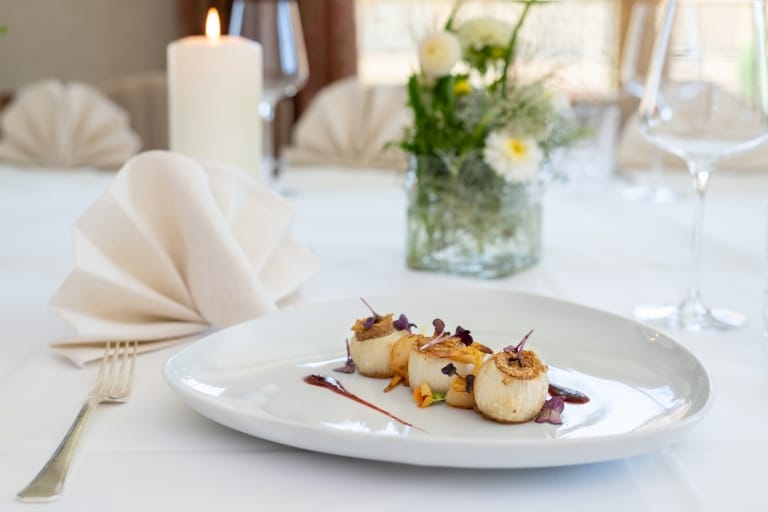 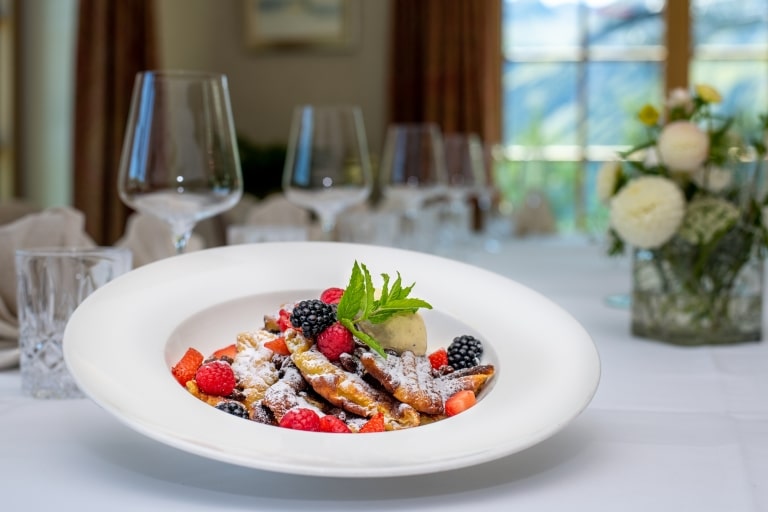 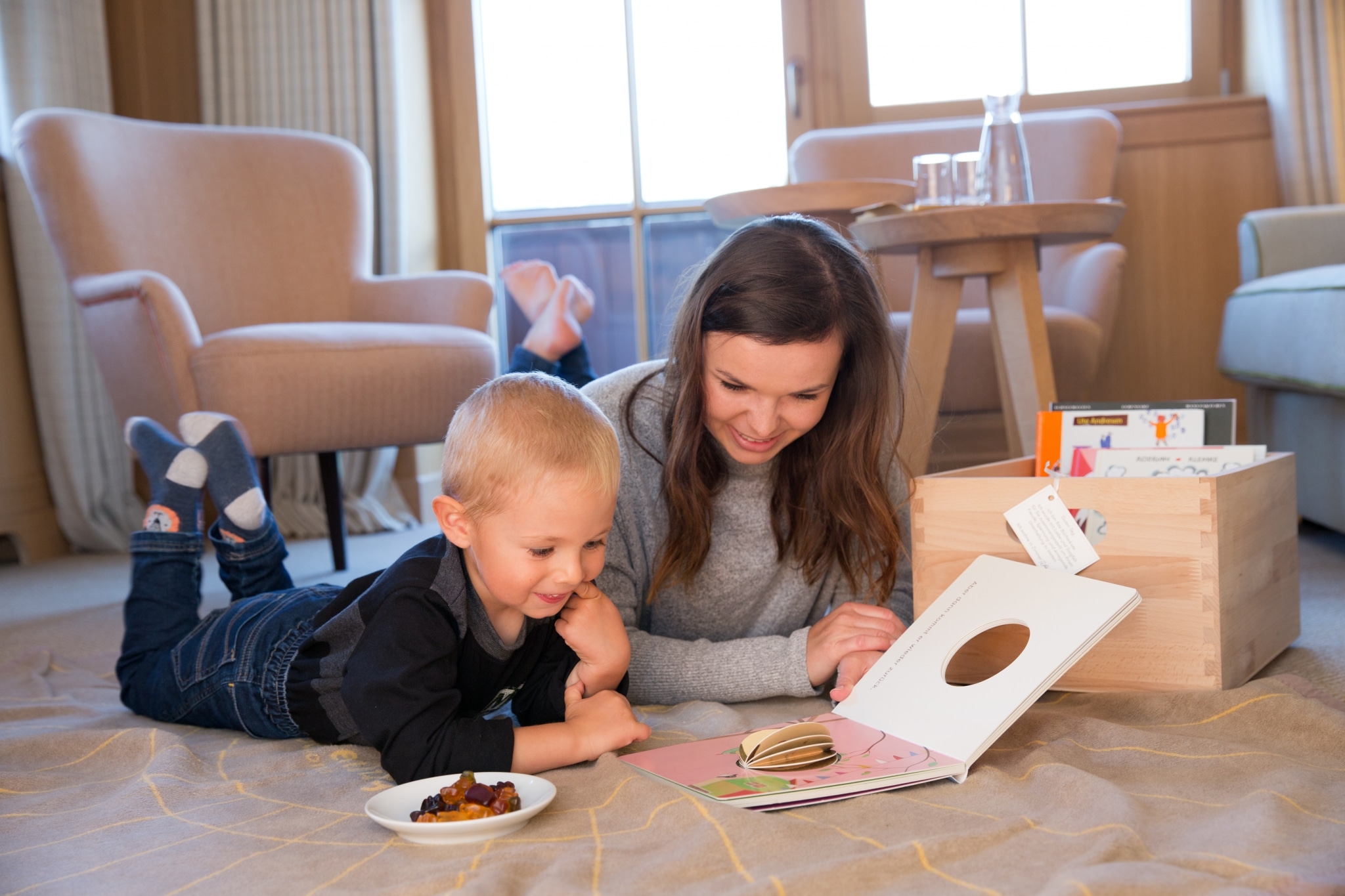 A Mountain of Family

Dr. Gregor Hoch, son of Klaus and Daisy Hoch, first studied International Business Administration with a focus on finance at the University of Vienna. He gained his first work experience far from the Arlberg, for example in New York, Bregenz and at the Marriott hotel chain in Hong Kong. He also worked for the Austrian Hotel and Tourism Bank. As President, Vice-President and today Honorary President of the Austrian Hotel Association, he was able to significantly expand his knowledge of the industry.

Waltraud Hoch studied German and Romance languages at the University of Vienna and completed her Master’s degree in Public Relations. For more than eight years she worked in a leading position for an upfront Austrian call centre provider in the field of public relations, direct marketing and advertising.

In December 2004, Gregor Hoch, together with his wife Waltraud, took over the management of the Sonnenburg from his parents. A lot has happened since then: with the construction of a new, spacious conference centre, the 5-star hotel on the Arlberg now has a state-of-the-art infrastructure for highly professional events, seminars and conferences. We have also created the perfect setting for family celebrations. The renovation of all rooms in the main building were also on the agenda. Also new are the hotel bar, a well-stocked library and the children’s world – a true paradise for our little guests. The lobby and the spa area have also been redesigned, so that our guests can now feel even more at home. The Privatissimum, a room for smaller meetings and private celebrations has been created. Further innovative changes and new areas are already being planned. 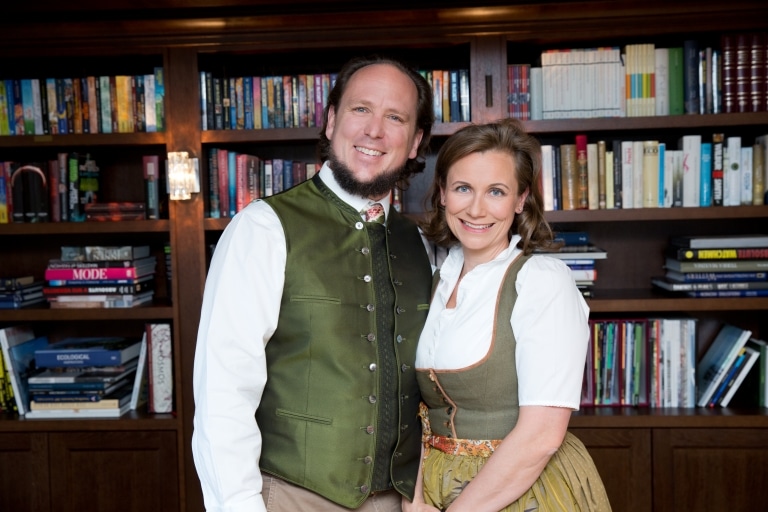 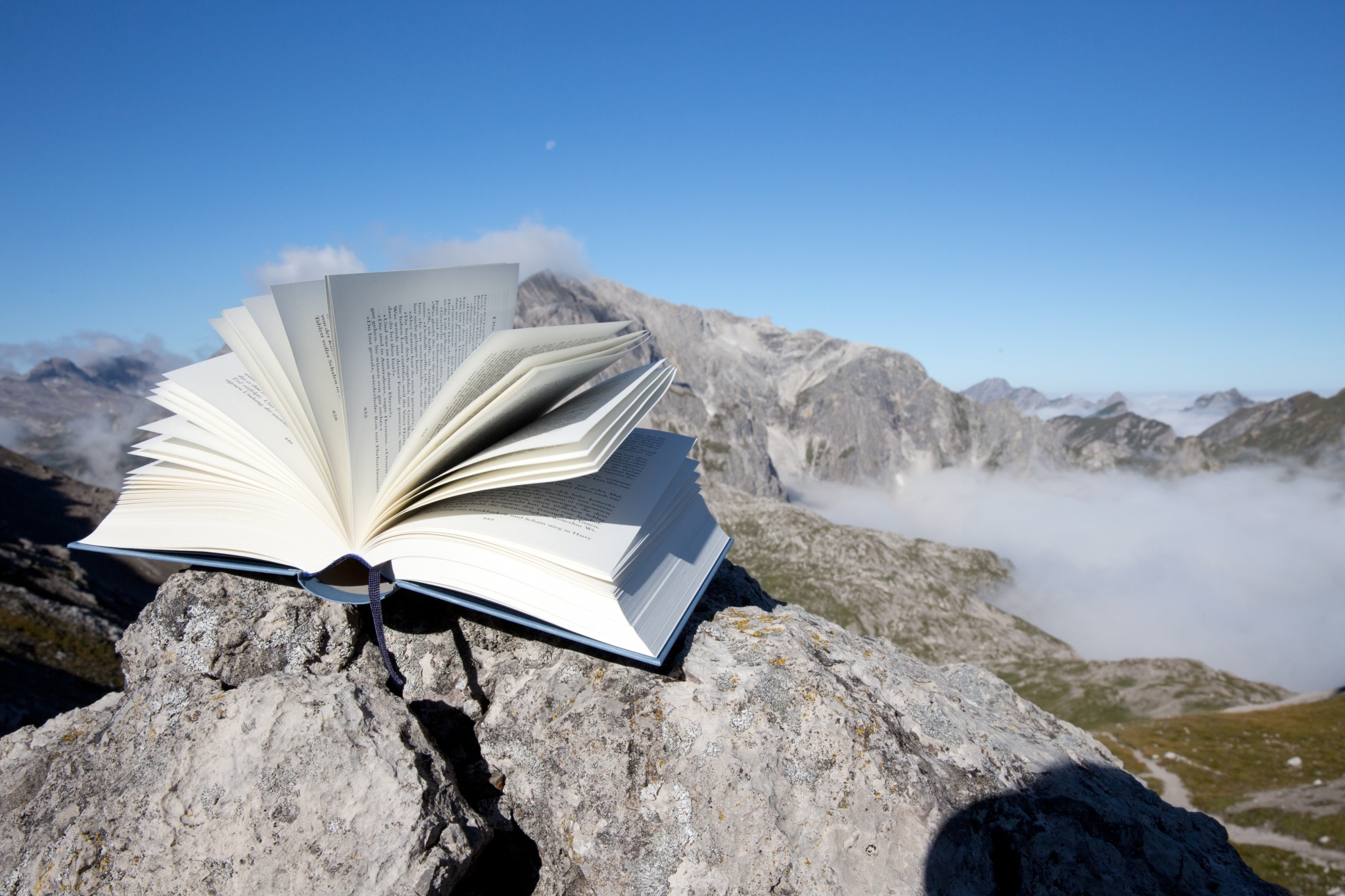 Literature as a matter of the heart

“A good book is like a good friend.”
Proverbially. Literally, we go even further. Because reading is our joy, books are our life.

Reading is our passion,
books are our life. 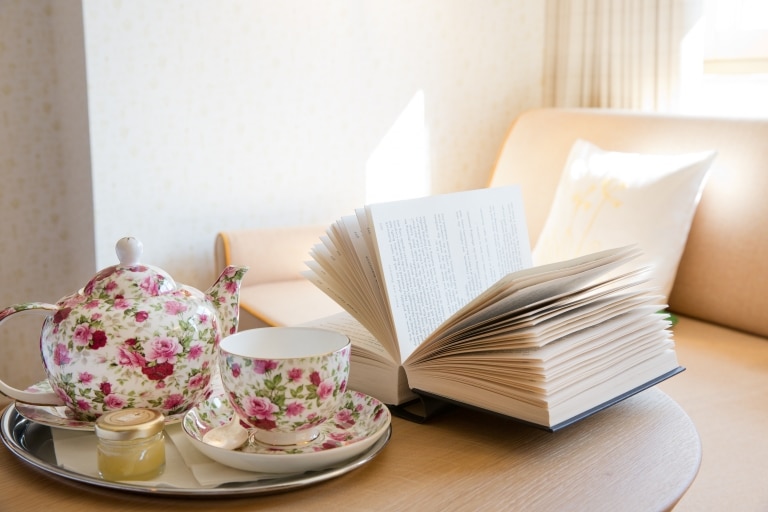 The Sonnenburg has two buildings, together they make up the charm of the Sonnenburg, as we have a total of eight different room categories in two different styles – so there is always something for everyone. 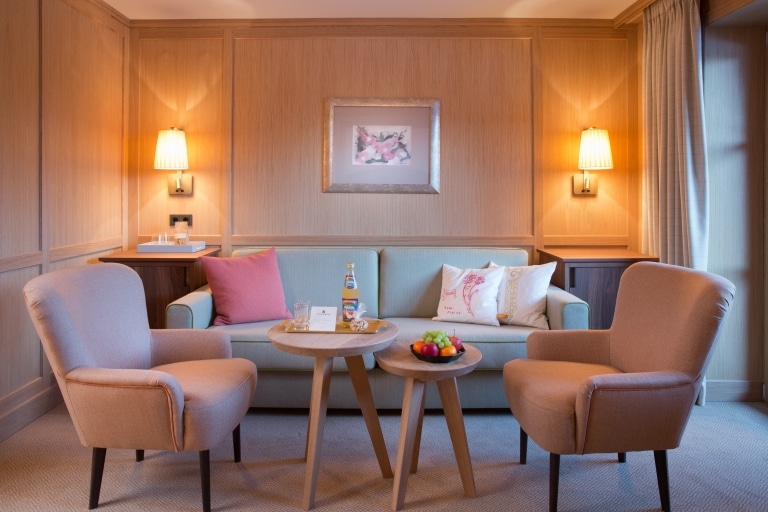 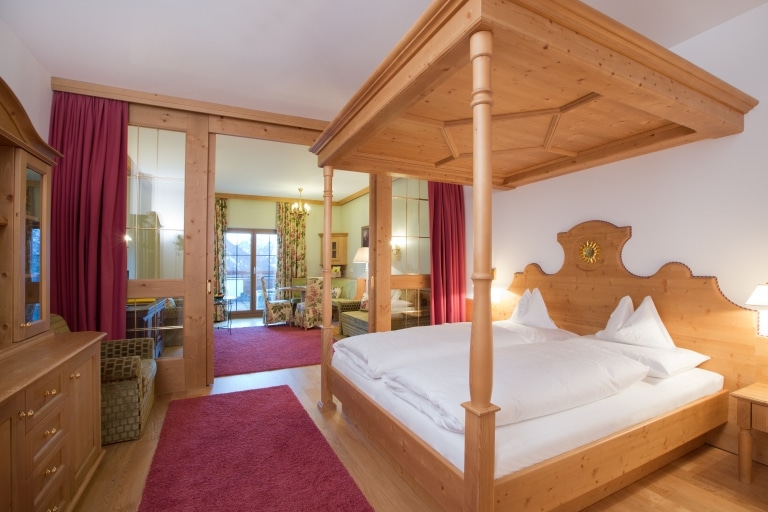 A mountain of Family 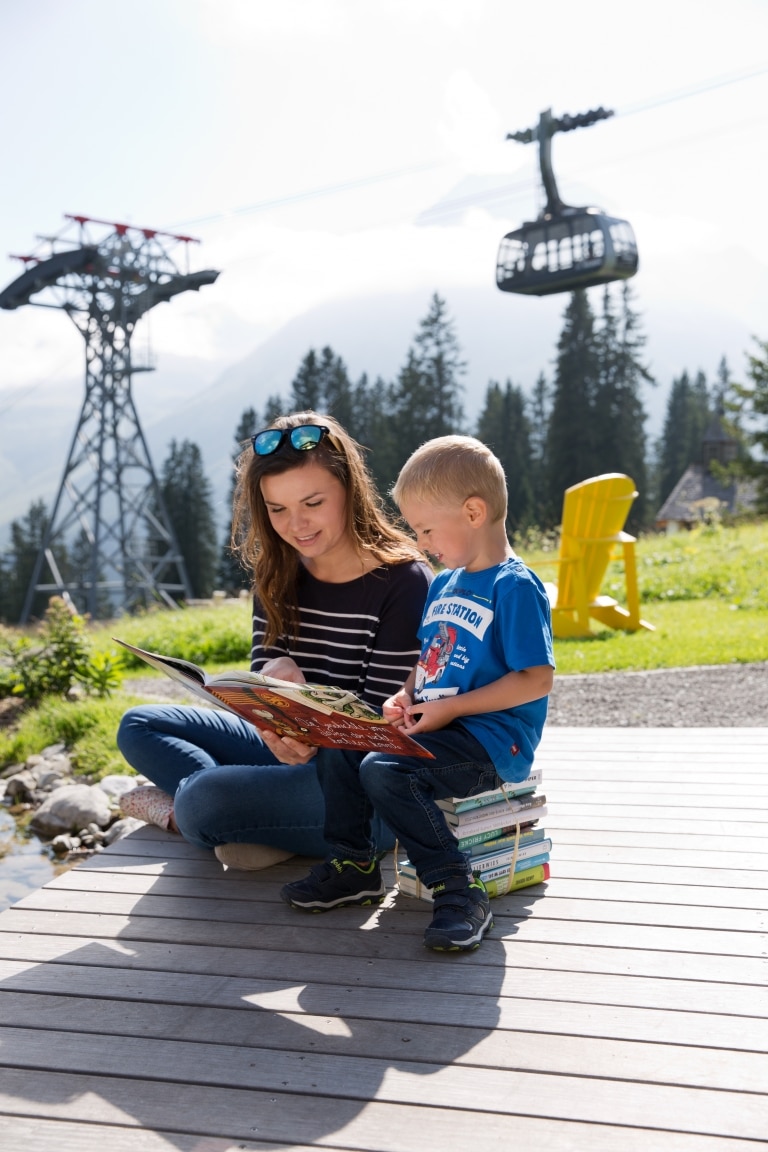 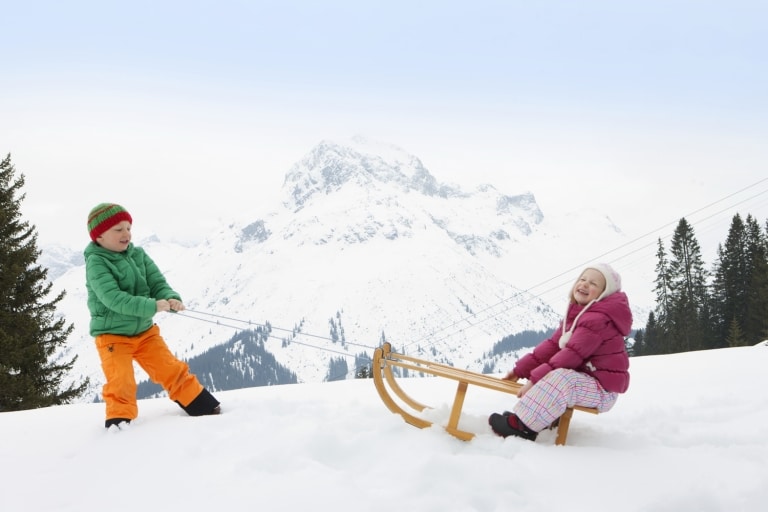 Out of bed and straight onto the slope,
the mountain, the bob.